Newcastle East is a heritage conservation zone...not a race zone!

People and Places of the East End 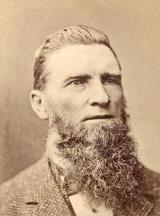 James Fletcher was born at Dalkeith, East Lothian, Scotland, in 1834. As a boy he had worked in the Scottish coal mines. In 1852, at the age of eighteen, he headed for the Australian goldfields seeking his fortune. Gold had been discovered in NSW in 1851 and by 1852 the gold rush was well under way. James Fletcher was one of 370,000 immigrants to Australia during that year when gold fever hit the Colony.

Within two years he had abandoned the goldfields and moved to Newcastle taking up employment as a miner in the Burwood Tunnels. On arrival in Newcastle he lodged at the home of James Birrell, underground manager of the Australian Agricultural Company’s colliery.

In 1854, he married James Birrell’s daughter, Isabella.1That year he was employed as a pitman in Newcastle’s Borehole Colliery, also owned by the A. A. Company. At a meeting of miners he ‘stood on a box and advocated the formation of a union’. 2 He was just twenty years of age. The Borehole Miners’ Lodge was formed from that meeting; it was the beginning of Trade Unionism for the coal industry in Newcastle.

The Miners’ Union began in 1861 with James Fletcher as President. Shortly after, there was a general strike when the mining proprietors reduced the hewing rate by 20 per cent. During the strike several of the miners prospected for coal in Plattsburgh. They struck a coal seam and formed the first co-operative colliery, the NSW Co-operative Coal Company, appointing James Fletcher as Manager.3

In 1874 he was voted first Lord Mayor of Wallsend. In 1876, he became proprietor of the Newcastle Morning Herald and Miners’ Advocate, now known as the Newcastle Herald. Under his management the newspaper averaged a readership of 8,000 per day in 1879.4 In 1880, he entered State politics as the Member for Newcastle. He was N.S.W. Minister for Mines in 1886 and Minister for Public Works in 1889. He remained a Member of Parliament until his death in 1891.

James Fletcher died suddenly in Melbourne on 19th March 1891, at the age of fifty-seven. He was a Freemason; a member of Lodge Harmony in Newcastle, and Lodge St James No. 45 at Wallsend, where he had reached the degree of Past Master. He was buried with full Masonic honours and his funeral was the largest Newcastle had ever seen, over 25,000 mourners and spectators lined the streets of Plattsburgh and Wallsend. He was interred with his three children who had predeceased him, in Old Wallsend Cemetery which was known at the time as Wallsend Cemetery. It was located between Newcastle Road and Thomas Street, Wallsend, but was reclaimed as a public rest park in 1953. Today, James Fletcher’s remains are still in their original resting place, and the headstone, along with many others was turned to rubble to be used for road base.

Mr. John Penman, a personal friend of James Fletcher, conducted the memorial service at the Primitive Methodist Church at Plattsburg. He praised James Fletcher as one ‘whose charity knows no limit, and whose generosity to the widow and fatherless was unbounded’. 5 Much of James Fletcher’s motivation and commitment to social justice may have stemmed from the influence of Primitive Methodism which promoted commitment to social welfare and education reform, and had fostered the Trade Union Movement in England and Wales during the 19th Century.6

In 1897 a monument was erected in Fletcher Park, Newcastle, in his honour. It represents James Fletcher standing ready to address a meeting. James Fletcher was known as the “miners’ friend” and the “miners’ advocate” because of his gift for arbitration and negotiation between managers and miners.

‘Story of James Fletcher, his is the only statue Newcastle has raised’, Newcastle Sun, 6 July 1961. Print.

Joseph Lycett – Aborigines Resting by a Camp Fire near the Mouth of the Hunter River, Newcastle, NSW. (National Library of Australia)

The Awabakal clan of Muloobinba (Newcastle) mainly lived around Merewether and the city foreshore area and harbour entrance. The clan had good hunting and fishing facilities, and was reasonably close to the clans of Lake Macquarie and the Hunter River and others located in what we now deem to be old waterfront areas – Honeysuckle (site of corroborees), Wickham, Carrington and Port Waratah, popular for mud crabs and shellfish, as indicated by the large middens that have survived.

The name ‘Awabakal’ means people of the plain or flat surface, believed to refer to the surface of Lake Maquarie. From the observations of the Reverend Threlkeld, it is understood that the Awabakal Tribe lived around Lake Macquarie.

Aboriginal people believe there is no separation between the health of the land and the health of the people. They have long known that to care for the environment is to care for all the living things; that all life is part of the enormous network of relationships that were created by the Great Spirit ancestors of the Dreaming.

The Awabakal tribe consisted of four clans, all of which had an area within the tribal territory considered theirs to use in their search for food and to gather raw materials for technologies. The four clans were Pambalong (or Swamp District), Ash Island, Kurungbong and Lake Macquarie.

The clans came together on social and ceremonial occasions. On a daily basis they respected territorial boundaries. 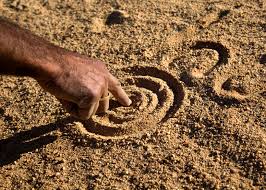 Dreaming stories pass on important knowledge, cultural values and belief systems to later generations. Through song, dance, painting and storytelling which express the dreaming stories, Aborigines have maintained a link with the Dreaming from ancient times to today, creating a rich cultural heritage.

They establish the rules governing relationships between the people, the land and all things for Aboriginal people.

HOW COAL WAS MADE

The Awabakal people spoke of a volcanic eruption that occurred during the Dreaming, in the area now known as Redhead. An ancient volcanic plug is believed to exist in the Redhead area. The Awabakal name of this volcano is Kintiiyirapiin.

A long time ago a great darkness came over the land. The darkness came from a hole in a mountain and blocked out the sunlight. The people and animals were all very frightened.

Messengers were sent out to gather up the people to have a yarn about how they could bring back the sunlight. The elders decided that they needed to cover up the darkness that was all over the ground. The men, women and children collected rocks, sand, branches and bark which they laid on the ground to cover up the thick darkness.

After the darkness was covered many generations walked on the ground pressing the earth flames and darkness together, which created coal or nikin in Awabakal.

Now when coal is burnt the ancient earth fire spirit is released.

THE KANGAROO THAT LIVES INSIDE NOBBYS

Be aware that the story of the Kangaroo in Nobbys is quite a sensitive one. The Awabakal Dreaming website suggests that it should not be shared with women and children, but this version is a recommended text by BOSTES.

A very long time ago, when there were still giant sized animals around, all the various animals within the area would separate into two groups – one group being the females and the other the males.

They all lived together very peacefully and happily.

One day a large male kangaroo attacked a female wallaby.

This was against the law.

He was banished from the kangaroo group forever.

After a long chase by the wallabies the kangaroo reached Muloobinba, the place of the sea ferns, now called Newcastle.

As he entered the sea, he thought about how lucky he was to be able to slip away from the wallabies that chased him.

The wallabies thought that he had drowned.

But the kangaroo had swum to Nobbys Island and entered the tall rocky outcrop, making sure that he was out of sight of everyone.

He is still there to this day, but he won’t come out because he is never sure if it is safe for him from the angry wallabies.

Sometimes he gets upset and jumps around inside his prison. When his giant tail crashes against the earth, it makes the rocks fall and the ground tremble.

The Awabakal people believe this is what causes an earthquake. 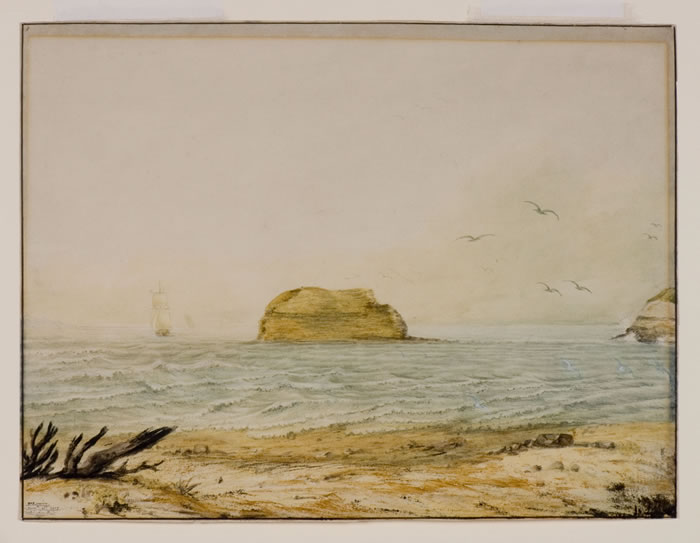